The highlight of my short trip to Ireland was an excursion to the western coast. I kept hearing that Dublin is a great city but it’s similar to other Western European metro areas. The smaller towns give you those real Irish vibes.

Seeing the Cliffs of Moher was the main reason I came to Ireland, but most day tours from Dublin add other sights in the West to round out the day. So I got more out of the trip than I was expecting. 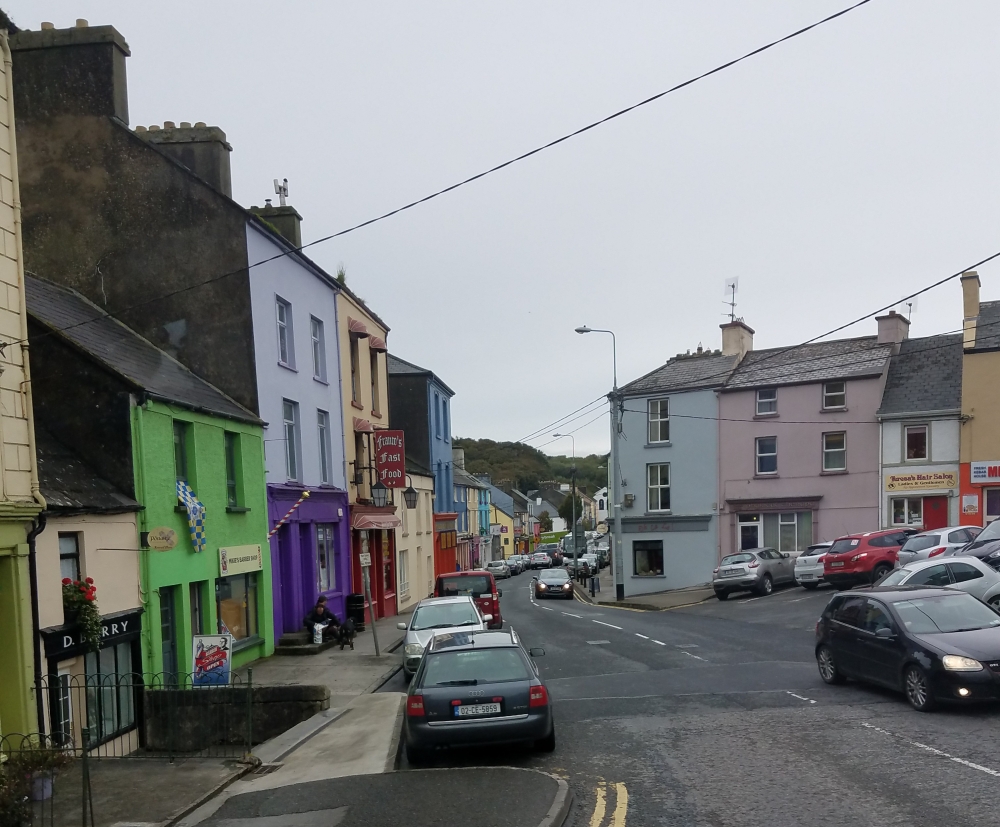 The forecast called for rain, which really meant that windy mist where an umbrella is useless. So, I bought a packable rain slicker, or raincoat as we Americans say, from Penney’s clothing store in Dublin. Lightweight, wind-resistant and kept my hands free for Google Maps directions. I’m sure it wouldn’t be the best option if it was pouring (It’s a 10 euro jacket). But it kept me dry during the light rain on the Cliffs.

Our tour guide advised us that the weather changes quickly, so we should take advantage of clear views while we can. He wasn’t lying. The rain got heavier 20 minutes after we arrived. 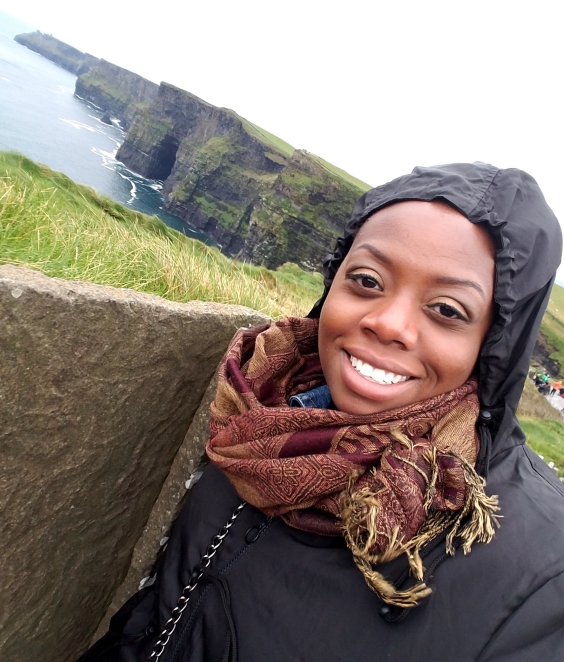 Paid the extra 2 euros to go up O’Brien’s Tower. Climbed up the steepest spiral staircase for a medieval feel at the top. 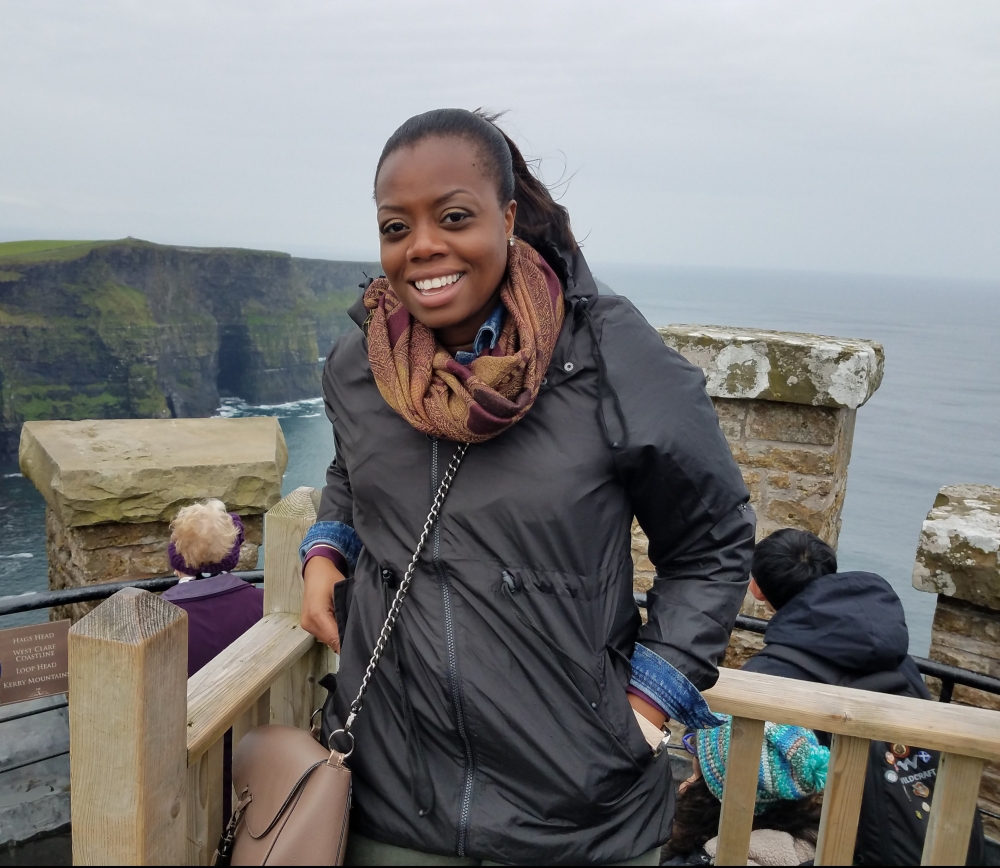 I really like the city of Galway. We had about 2 hours of free time there and it wasn’t enough for me. The Eyre Square area was busy enough for people-watching. But had a quaint village charm that I couldn’t get in Dublin. 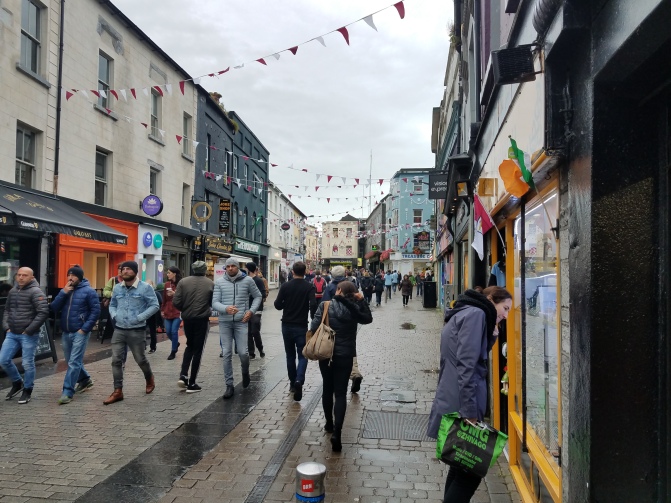 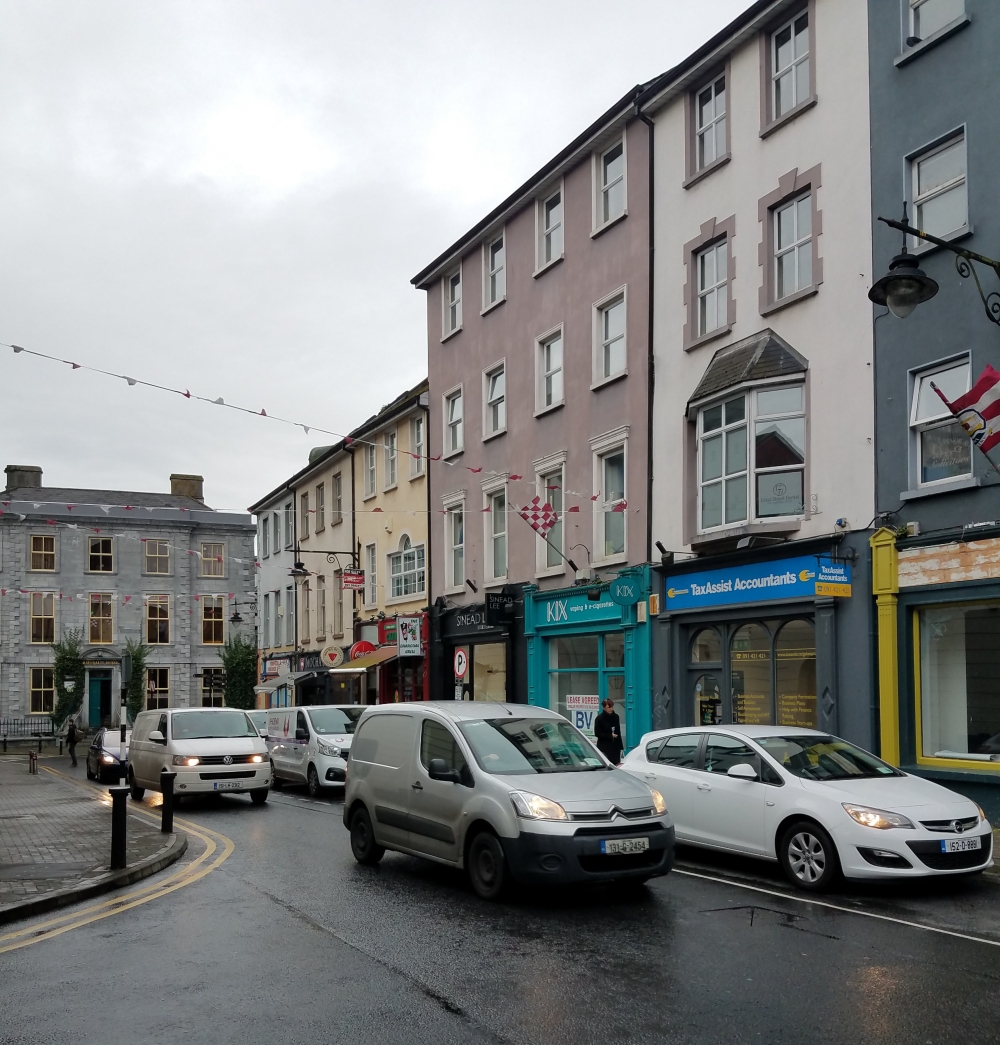